Welcome to the World of Crazy Celebrity Names, Blue Ivy.

I have the winter doldrums.
This year I was blind-sided because the weather has been very mild but the lack of daylight has been the same as it is every year and I, therefore, get a little nuts.
I try not to involve the kids. But last night, Charlie called when I was sobbing over a recent Ex-Lax commercial (People are constipated? Waaaaahhhh!) and, in vain, tried to cheer me up. Not even news of the stupid name Beyonce and Jay-Z gave their new baby girl could raise my spirits.
Learning that yet another celebrity has given a child a ridiculous name usually perks me up a bit.
For example, Gwyneth Paltrow naming her daughter after a fruit gave me tons of material for the daily stand-up routine I do for the cats.

The same goes for when the Jolie-Pitts chose to evoke the memory of one of the most racist American politicians in recent history with their choice for their son, Maddox. And, when Jason Lee, of "My Name is Earl" lack of fame, picked the odd and misspelled moniker of Pilot Inspektor for an innocent child, I was happily snarky for days.
Now the schizophrenic Beyonce (Is she the demure, giggling, small town girl who blushes on talk shows or the sneering vixen of her videos? Men love the dichotomy but some of us lose sleep trying to solve this riddle) has not only named her daughter after both a color (or, a depressive state of mind), "Blue" and "Ivy," a sturdy plant.

Yes, Blue is after Jay-Z's ground and record breaking album, Blueprint. Big deal.
And, while I knew a girl named Ivy and actually like the name, in tiny Blue Ivy's case, it's after her mother's favorite number....in roman numerals, no less. IV. Four.
They thought a "number." Some will think "climbing plant" while I, in my current state, think "needle inserted by fumbling technician in the hospital, meant to transport fluids and medication into a sick person's veins."

Beyonce and Jay-Z (poor things, billions of dollars yet no last names) are not alone in the crazy name department.
Bono, that incredible walking ego, named his daughter Memphis Eve. Compared to Kal-El, the choice of the Nicholas Cages, this is no big deal until one recalls reading that Bono once purchased a first class seat on an airplane to transport his favorite hat safely to its destination.
Rob Morrow (who?) named his daughter Tu. (Say it: Tu Morrow) and Penn Jillette, the hulking doofus of (yawn) Penn and Teller fame named a tiny baby girl who arrived, sinless, in this world, Moxie Crimefighter.
What if Moxie and Pilot get married? The wedding announcement would read "Pilot Inspektor to wed Moxie Crimefighter." They would have no choice but to name their own child Nazi Hunter.
Jermaine Jackson, however, wins the day.
While his daughter has a cousin nicknamed "Blanket," he gave his baby girl a name so insane and hilarious that I cannot even be mad at him.
It's a name that must have been hovering in the ether since his own name was bestowed upon him by the stable and loving unit of Mr. and Mrs. Jackson and, gauging by the rest of the hijinks in that group of nut jobs, it was inevitable....
Jermajesty Jackson.
Perfect. Hopefully, in the bizarr-o world inhabited by that entire family, reality will never touch her. So far, things are looking pretty good in that department.
Well, I am feeling better.
I would like to extend my congratulations to Beyonce and Jay-Z upon the birth of their daughter, Blue Ivy.
May she never be blue. May she always be strong and enduring like ivy.
And, when the moment arrives, may she give her own daughter a simple name like Mary or Alice or Deborah. By the time she's ready to have children, those names will be considered really, really weird.
Posted by "Susan Says..." at 1:03 PM 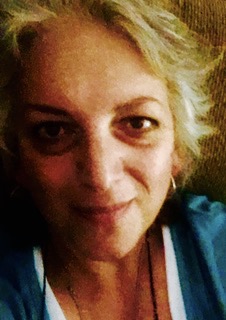